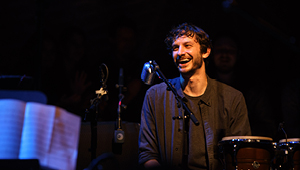 The Ondioline was the sound of the future in the 1940s. The French-made, vacuum tube-driven keyboard was an early precursor to the modern synthesizer, and by deftly manipulating its knee lever, laterally moving keyboard and complement of timbre-changing switches, it made a wide range of sounds that were previously impossible.

The greatest practitioner of the Ondioline was medical student turned keyboard whizz Jean-Jacques Perrey. His joyful, sound-effect filled recordings struck a chord with Beck, The Beastie Boys and the makers of Sesame Street. They’re also cited as daily inspiration for Australia’s own multi-instrumental savant Gotye, who celebrates Perrey’s life and work in this unique theatre-in-the-round event, intimately showcasing the work of his “spiritual grandfather”.

Note: This show has a complete lockout. Please arrive 15 minutes early as latecomers will not be admitted.

Read the show program on Issuu

The greatest show at [Moogfest], and [Gotye] didn’t play a single one of his own songs
Consequence of Sound
Videos
Related Events 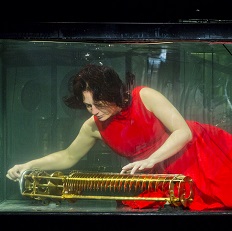