Featuring live score by The Acid, an immersive multimedia experience exploring our obsession with nuclear weapons

An immersive multimedia exploration of our fascination with nuclear weapons – the deadliest machines ever made.

The film’s visuals are projected onscreen before the audience as electro-rock group The Acid – a supergroup comprised of producer-performer polymaths Adam Freeland, Steve Nalepa, RY X and Jens Kuross – perform an original score composed for the film.

Directed by Kevin Ford, Smriti Keshari and Eric Schlosser, with art direction by Radiohead collaborator Stanley Donwood and animation by Sydney’s own The Kingdom of Ludd, the bomb puts viewers in the centre of an urgent story about nuclear weapons. It’s a disturbing multimedia installation sitting at the intersection of art, politics, and technology.

“A surreal music video about the end of the world” Indiewire

“★★★★★ At a time when the Doomsday clock is the closest it’s been to midnight in the past 30-plus years, this live documentary multimedia experience could not be coming at a more pertinent time” The Upcoming

Following the 23 January performance of the bomb, join the experts and project creators as they discuss discuss Australia’s role in the nuclear debate and why it’s the most urgent issue of the next generation. The panel includes Smriti Keshari (director of the bomb), Adam Freeland (DJ, producer and member of The Acid), Emma Belcher (director of Nuclear Challenges at the MacArthur Foundation) and Robert Tickner (ICAN Ambassador).

The panel is moderated by Paul Brown, a producer whose work has included the international Nuclear Futures Partnership Initiative that linked artists with atomic survivor communities. Why people pass out during The Acid’s live soundtrack 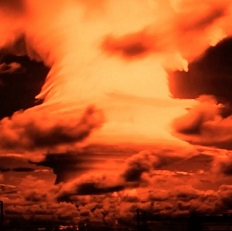 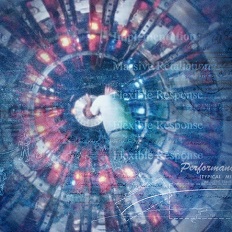